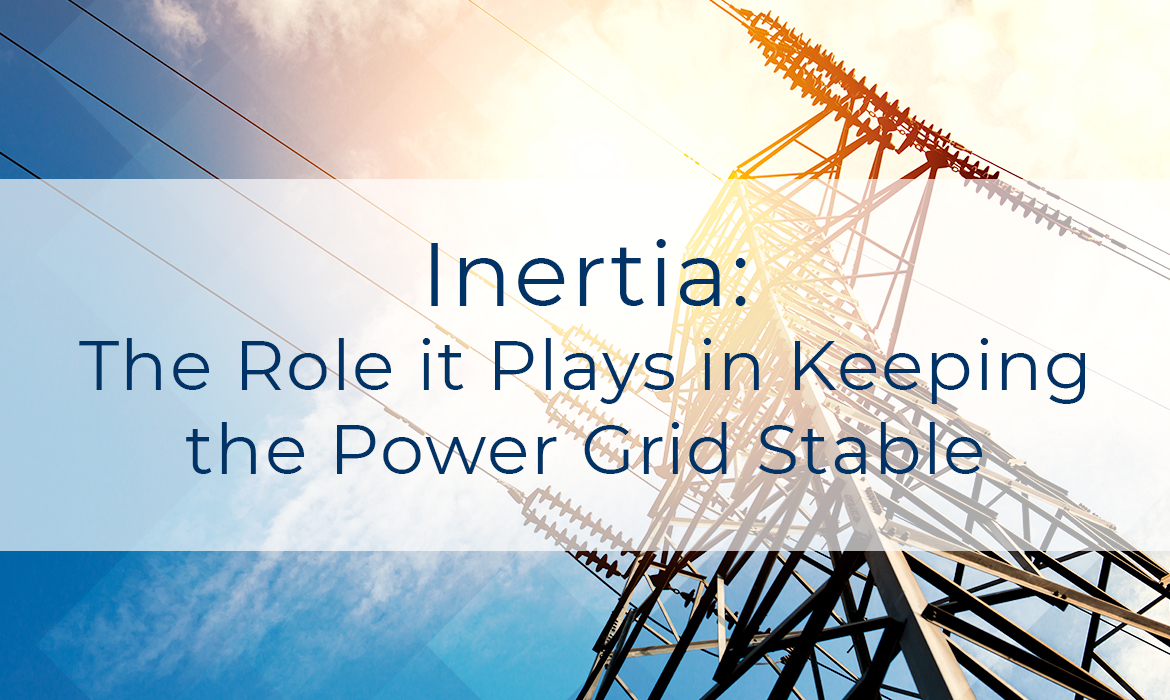 Inertia: The Role it Plays in Keeping the Power Grid Stable

Last week, ERCOT released an Executive Update on the heels of asking customers to conserve power, with some pockets even experiencing outages. In ERCOT’s Executive Update, they discussed how the grid experienced all time low inertia levels while simultaneously having high wind penetration. I rarely see inertia discussed online, so thought it was timely to explain what inertia is, how it impacts grid stability and what role wind may or may not play in this area.

The concept of inertia is not specific to the power industry. Wikipedia defines inertia as, “the resistance of any physical object to any change in its velocity”. An exaggerated example of inertia is comparing a bicycle and a train going the same speed, which is harder to slow down? The train of course has higher inertia. Inertia is important in the electrical grid because it allows generators time to respond and ensures the frequency remains sufficient if a plant trips offline.

Picture yourself on a bicycle or stationary bike going 5 MpH and all of a sudden the brakes or resistance is applied. Immediately the bike starts to slow down and it requires you to put additional energy into your legs to get the speed back up to 5 MpH. The application of the brakes (resistance) in this example is similar to a plant tripping offline for the grid. The “speed” or frequency of the grid is 60 Hz. When a plant trips offline, the remaining generation cannot sustain the current 60 Hz speed and the grid will slow down until more energy can be applied to speed it back up. In both situations, more energy is needed to increase the speed back to 5 MpH and 60 Hz, respectively. However, it takes much longer to start up additional generation to speed up the grid than it takes a person to put more energy into their legs.

This is where inertia comes into play. From a power grid standpoint, the more synchronized generation on the grid, the more difficult it is to slow down the grid when a plant trips offline. The word synchronized is important here. Only synchronous generators increase inertia while asynchronous generators do not. I will touch on this briefly later.

The below graph was pulled from content created by ERCOT, found here. It shows how quickly the grid drops in frequency when 2,750MW of generation is removed from the grid instantaneously. There are 13 cases with different inertia levels. You can see the lower inertia cases, cause a faster drop in frequency, than the higher inertia cases for the same period of time. We are only talking about seconds here, but the extra second or so provided by having more inertia is enough to maintain grid stability. 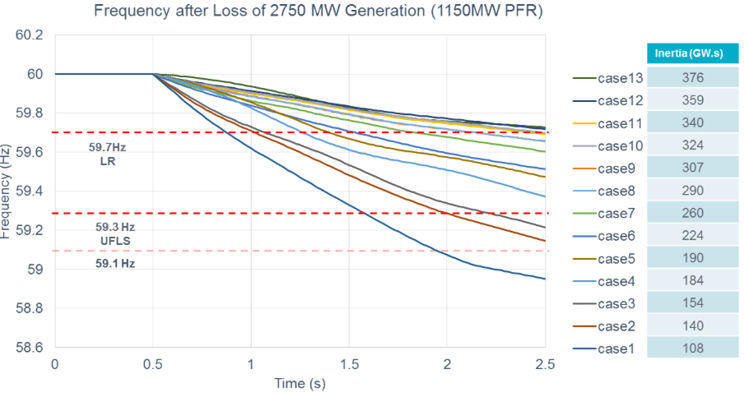 Figure 1: Frequency Response after loss of 2,750 MV for 13 cases with different inertia levels

So going back to last week's Executive Update provided by ERCOT, it states that on March 22nd, a new low inertia level was reached at 109 GW. This is important because ERCOT says it needs 100 GW of inertia, as a safety margin, to keep the grid running in case an unexpected generation shortage were to occur.

Synchronous vs. Asynchronous Generation: Was Wind a Factor?

Given the complexities of the power industry, it is important to understand concepts that are brought up by the news and media. Hopefully, this article sheds some light on what inertia is, why it is being brought up in ERCOT’s reports and what role it plays in maintaining power grid stability. Moving forward, the political landscape is focusing more and more on renewable power generation. As wind continues to be added in Texas, ERCOT will have to adapt to continue with its role in maintaining grid stability. Inertia is just one of many components that affects grid frequency and I look forward to seeing how ERCOT adjusts.

At Veritas Total Solutions, we believe in sharing our perspectives on the energy industry with peers, clients and colleagues. If you want to chat with us or if you are interested in learning more about our specific capabilities, contact us or subscribe to our podcast and blog to stay connected.