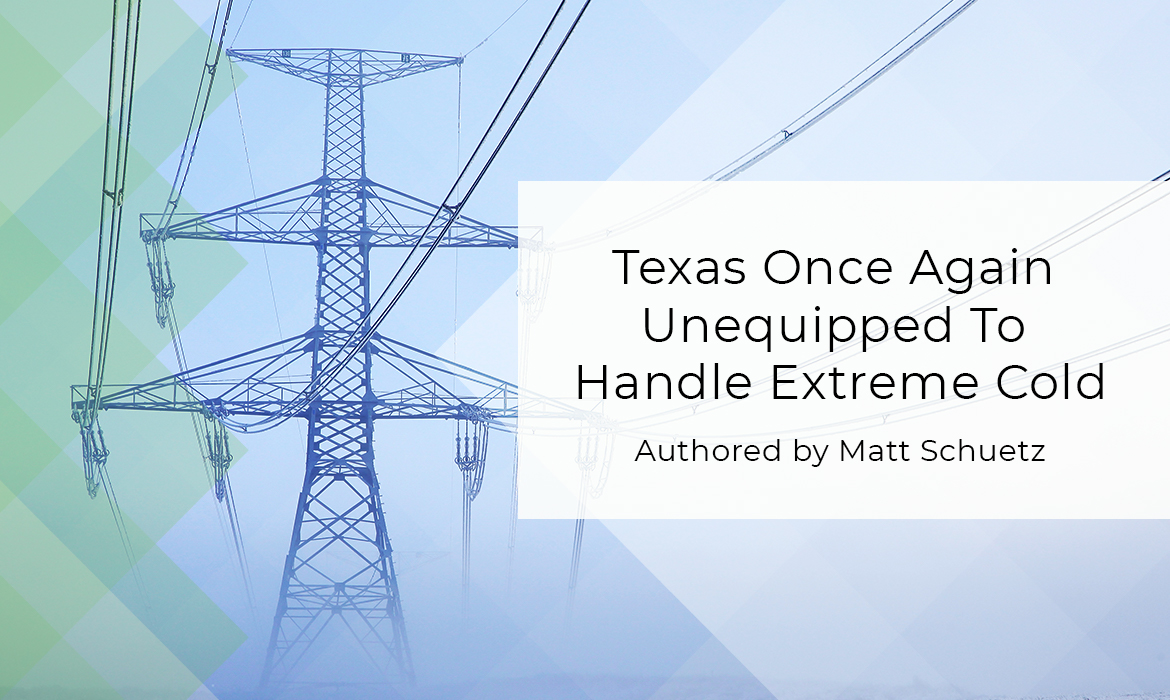 The recent Arctic blast caused 12 million-plus people to lose power in freezing conditions including our Houston headquarters and most of our Texas-based employees. The good thing is I found out my 4 and 6-year-old boys can sleep in 14 degrees and are ready for winter camping. The bad thing is many people had serious problems and there were broader consequences including impacts on clean water supply and other critical infrastructure.

This has attracted a lot of attention – from both end consumers and energy clients alike – and a debate has started about what was the real cause for these outages. Let’s take a look at some of these debated topics, uncover what we think were the main causes and what we can do to prevent and prepare for future extreme temperature situations.

ERCOT and the Texas Power System

Electric Reliability Council of Texas (ERCOT) is now a household name where before this event, it was only known amongst industry participants. ERCOT is one of nine Independent System Operators (ISOs) in North America. ERCOT and other ISOs maintain the integrity of the “grid” by coordinating a complex system with multiple players. Power generation is from public and private companies, and in some cases even individuals. Transmission operators / utilities build and maintain transmission, substations, and distribution so power can get from generators to the end consumers. Retail Electric Providers (REPs) sell the power to consumers. All those things work together for your lights to turn on at your house or office building. Below is a high-level illustration.  ERCOT helps coordinate all of this. 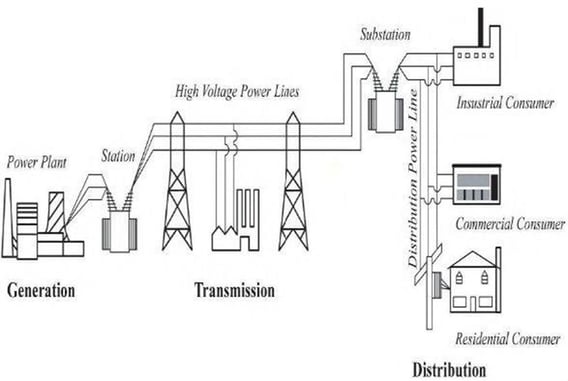 What’s unique about ERCOT and the Texas grid is that it is isolated to Texas. The history and background of how this came to be is a topic for another day.  The key point is the power grid that 90% of the Texas and 26 million customers relies on operates primarily within a single state.  There are some ties to other grids but since the primary operation does not cross state lines it is not regulated the same as the other eight ISOs.

Overnight on Monday, February 15 the temperature in Houston dropped to 14-16 degrees.

That’s not bad for some areas of USA.  People in the Northeast and Midwest might even call that a warm winter day. However, 40’s is the norm in Houston in January and February. Houston had not seen temperatures this low since 1989. And a major freeze hadn’t hit Texas since 2011. Long term weather predictions called for a bad winter and near term forecasts knew the temperatures were going to get that low.  However, Texas and it’s power assets were not really ready.

On February 15, power generation quickly fell offline and 46,000 MW of generation was forced off the system due to the extreme cold. For context, Texas usually uses the most amount of power on hot summer days. The average peak summer demand is usually around 75,000 MW with a system-wide peak generating capacity of over 101,000 MW. Taking 46,000 MW offline was significant. ERCOT could not send enough power to houses because generators were not producing it, forcing utilities to shed customer load by turning off the electricity to large areas. The power generators were not ready for the winter storm.

The orange line in the chart below from ERCOT shows the actual power generation capacity on February 17th. This capacity number represents the amount of power the grid could handle if all active units were maxed out. The amount of actual power output by generators will always be equal to the actual demand of customers. At around 5:00-6:00 AM, there was less than 45,000 MW available. Moving forward in time, you can also see power facilities ramping back up and generation coming online, increasing the total capacity of the grid.

The other thing to notice in this chart is demand, power usage, represented by the green line. The green line is low because grids were shut down and consumers could not use power. The ramp up is where utilities started opening power back up to consumers. Note, the delay. Turning on power is not as easy as turning on a light switch. There are many considerations around transmission paths, congestion, frequency, switches, etc. When capacity drops this drastically, ERCOT instructs the distribution operators on how much power needs to be cut from the grid. It is up to the operator to determine who gets cut by opening up switchyards and substations. When an operator opens a switchyard or substation switch, all houses connected to that switch are disconnected from the grid and lose power.

My hypothesis is that operators had not practiced scenarios this drastic and it took a while to validate the ability to roll power loads at this low of a level. Typically, operators have the ability to rotate which substations are disconnected from the grid, a term called ‘rolling blackouts’ for customers behind these substations, but in this instance, the amount of demand ERCOT was asking the operators to cut was so drastic, it prevented them from rotating, leaving millions without power for multiple days while others had power almost the entire time.

Image 2: ERCOT Capacity vs. Demand Actuals and Forecast on February 17 at 7:44 PM

What Can be Done?

An in-depth comprehensive review should be conducted by a knowledgeable independent group or conglomerate of organizations. There is no single organization that could have prevented this because of the complex system and numerous players including ERCOT, generators, utilities, energy marketers, and both industrial and retail consumers.

With that in mind, here is Veritas’s view of things to consider.

No source of power generation was 100% reliable during this event. Despite some headlines, memes, and social media posts renewable sources were not the sole cause, other traditional forms of power failed too (see our blog, Frozen 2021: Why Texas Lost Power, on thermal power failures). Having a diverse set of power generation sources allows for decreased risk and higher reliability. Most of the cause was due to power plant failure.

A 2011 FERC report made recommendations to ERCOT for winterization improvements. Since ERCOT is not subject to FERC regulations those recommendations were not mandatory. Power is a competitive pricing market which means generators are trying to bring the cheapest form of energy to the market. That can come at the expense of building out more reliable infrastructure systems. Numerous entities did not follow recommendations or best practices. Power generators and transmission operators did not invest for extreme winter conditions.

The question is being raised as to whether changes should be made to the leadership or authority at ERCOT and whether it is the right governing body. While Veritas does not currently have a strong recommendation, it is an important question to ask. Since companies are not incentivized to plan for extremes a regulatory entity with proper authority and oversight will be needed to help balance the interest of the public with the interest of various entities.

4. Practice and Plan for Unknown Unknowns

Transmission operators and ERCOT should practice more extreme circumstances. Texas is used to hurricanes as the extreme scenario. In that instance, the challenge is transmission and distribution lines being down. The difficult thing to deal with in this situation was generating capacity falling offline. Both situations require very different coordination.

ERCOT, generators, and transmission/distribution operators do an amazing job coordinating and maintaining the Texas power grid. However, communication within an entity is difficult. Communication and coordination across entities are exponentially harder.

The nature of unknown unknowns is they are hard to foresee. However, there are ways to do robust scenario planning and incorporate that into training and procedures, and in this case, that needs to happen across the broad set of players.

While there is still an on-going debate over supply and demand issues, our takeaway is that infrastructure issues bore the brunt in this case. Not having winterized power plants, being on our own grid, and having little regulation were all factors that caused state-wide blackouts this past week. What is more important, how do we better our infrastructure to prepare for the next extreme event, or do we dare to repeat the events of 1989, 2011, and now 2021?

At Veritas Total Solutions, we believe in sharing our perspectives on the energy industry with peers, clients and colleagues. If you want to chat with us or if you are interested in learning more about our specific capabilities, contact us or subscribe to our podcast and blog to stay connected.

Matthew Schuetz, Partner with Veritas, has helped over 30 Fortune 500 companies tackle strategic initiatives, transform their operating models, and drive the changes necessary to reach their goals. Matt has professional experience across a broad range of functional areas including Energy Trading and Risk Management, finance, and IT.