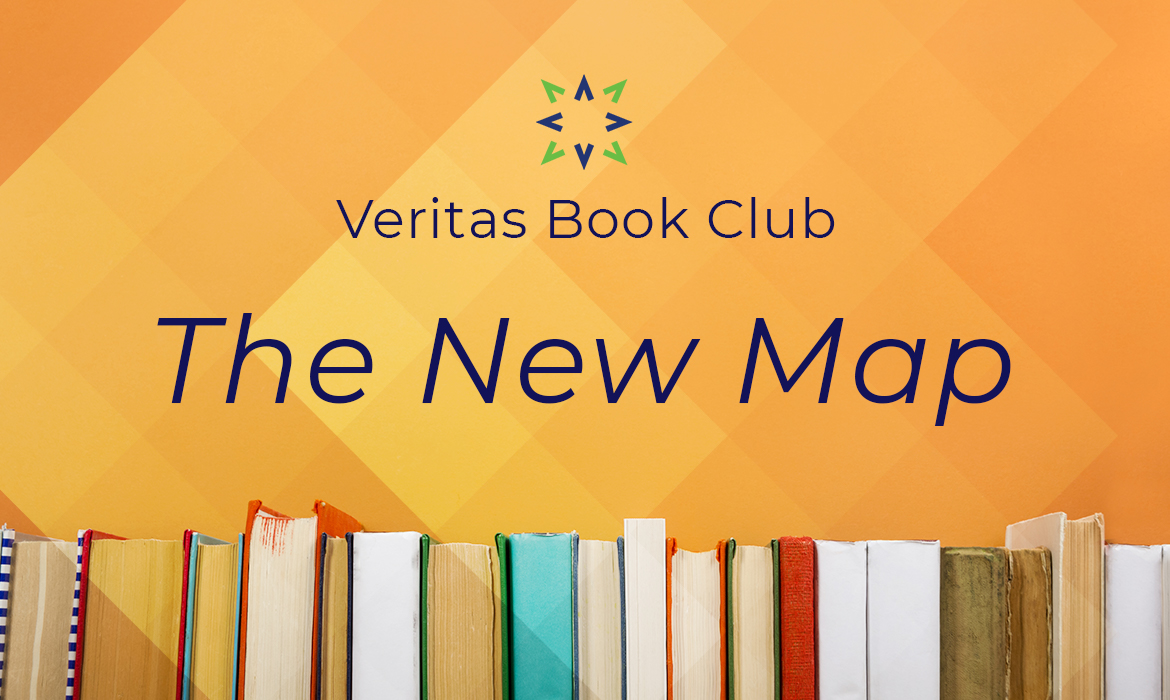 One of my favorite things about Veritas is being able to interact with the people I work with. I genuinely enjoy conversations with my colleagues and learning more from them through sharing thoughts, experiences, and opinions. Given the diversity of our team, I am always bound to learn something new. Due to the pandemic, interactions with other employees have become more limited and more business-focused rather than leisurely.

To combat this, I proposed the idea of starting a company book club in order to spend more time having meaningful discussions with colleagues about topics that we could all find interesting. I proposed reading The New Map by Daniel Yergin for our first book club discussion. Given the current energy landscape, there is an ever-growing interest in achieving carbon neutrality, Electric Vehicles (EVs), and renewables. The New Map was released in late 2020 and covers many of these topics and much more. The themes covered in this book are pertinent to our industry and we greatly enjoyed discussing them as a group.

I'll give some background on the author, an overview of the book and then jump into some of the themes that drove our discussions.

About the Author: Daniel Yergin

Many industry veterans are probably familiar with Daniel Yergin’s previous Pulizter award-winning works The Prize and The Quest. Yergin is an accomplished author, speaker, energy expert, and economic historian. He is currently the Vice-Chairman of HIS Markit, serves on the National Petroleum Council, and is involved in the Breakthrough Energy Coalition (Gates Foundation). Yergin is considered an authority on the US energy industry and The New Map may be his best work yet.

The book is broken down into chapters by countries including America, Russia, China and the Middle East. Yergin speaks to the energy history of each and where they might be headed. The ending chapters focus on global themes and movements that influence the industry's future.

The book starts off with “America’s New Map”, mainly talking about the last 20 years and focusing on the impacts that the Shale Revolution has had in the US and the world. On the other side of the world, we learn about "Russia's Map" and its role in the global energy landscape since the fall of the Soviet Union. There is a big emphasis on Russia’s desire to establish itself as a global superpower and the ways that the US and other countries are preventing that from happening. Eventually, Russia finds a new ally, China, which transitions the reader to the next part of the book “China’s Map”. As the title suggests, this section of the book details China’s rise to the global stage and how it has begun to dominate in many different areas. “Maps of the Middle East” had a big emphasis on the conflicts that have plagued the Middle East, but also talked about how oil-dependent countries are looking to shift away from oil and diversify their economies.

After covering all these different countries, Yergin moves on to talk about the “Roadmap”, talking about the emergence of EV’s and autonomous vehicles. He details the concept of Mobility as a Service (MaaS) and how the advancement in autonomous vehicles will change the entire transportation landscape. Finally, Yergin talks about the development of renewable technologies, the desire to go carbon neutral by 2050, and the climate policies that will be the driving force of change in “The Climate Map”.

I hosted and facilitated a book club discussion. Everyone was encouraged to read The New Map prior to the discussion. However, we set-up the discussion so that everyone could learn and participate even if they didn't read the book. Theses were the main themes that came from the book that we discussed. I'll share Yergin's perspective as well as some of the different Veritas perspectives shared as part of the discussion.

Mobility as a Service was the first theme discussed as it was the one that would impact people the most directly. We talked about the benefits of the MaaS model such as reduced costs, less traffic, more freedom as well as some of the potential shortcomings like availability, what would happen during a natural disaster. For the most part, people were interested in the potential of MaaS, but there was some skepticism on what the transition would look like. Some people thought that we may see a transition from families having to reduce the number of vehicles owned per household. Some people said that they would rather own their own vehicles because they enjoy doing the maintenance themselves. The differing views were correlated with different generations.

We also talked about how societal, financial, and political factors drive change and which has the biggest impact. We agreed that financial and political would likely have the biggest impact on the industry, while societal has the biggest impact on consumers. There was an example in the book about Sweden where “flight shaming” is a social phenomenon. Essentially, flying is very GHG intensive, and traveling frequently via plane is not something to be proud of. Similarly, the example of Starbucks and others in the food industry are no longer providing straws in an effort to reduce plastic consumption. Most participants agreed that financial forces are the strongest drivers of change, especially in industry settings. However, the point was made that consumers are the ones who drive demand, and if consumer behavior changes due to societal factors, companies may be incentivized to change in order to appeal to consumers.

At Veritas, we have a diverse group of employees belonging to a variety of age groups. One topic of discussion was how different generations perceive the climate crisis differently. Younger generations like Gen Z and millennials are typically more informed on topics like climate change and sustainability since they are taught this since grade school. Although we have known about human-caused climate change since the 1970s, it has only been taking off in the last couple of decades.

Need for a Roadmap to Navigate Major Transitions

So a transition is going to occur, but how quickly will we be seeing changes? Change can’t happen overnight, and the US and the world are still heavily dependent on oil. The main discussions were around the future role of oil in the world economy and what a realistic timeline would look like. We agreed that as a country, we need to plan out a long-term plan like many companies are planning their 10 or 30-year plans. Some argued that this may be difficult since changes in administration tend to move things in a different direction.

The New Map was an excellent read and provides a good perspective on how the energy industry has evolved in recent decades. The global and multi-national points of view provide the reader a better understanding of key stakeholders and what their goals are. Understanding the past and the present is essential for preparing and building towards a better future.

Stay tuned for our March book, How to Avoid a Climate Disaster, by Bill Gates.

At Veritas Total Solutions, we believe in fostering an open culture. We also enjoy sharing our perspectives with peers, clients and colleagues across all of our solutions. Sometimes, that means sharing things, like books, that influence our own perspectives. We would love to hear what books influence you. If you want to chat with us or if you are interested in learning more about our specific capabilities, contact us or subscribe to our podcast and blog to stay connected.

Guillermo is an Associate at Veritas with a MS in Energy from Texas A&M University. He is knowledgeable in energy including fossil and non-fossil resources, sustainable energy technologies, energy economics, and energy law and policy. Guillermo has worked on CTRM implementations, risk analytics, and Robotic Process Automation (RPA) that is used to enhance Veritas’ service offerings for CTRM clients.